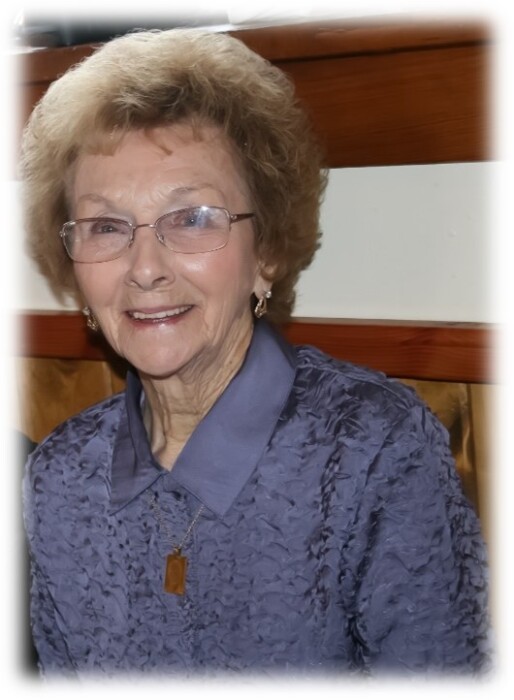 Phyllis I. Hocker passed away peacefully at home, surrounded by family on November 17, 2021 at 12:10 after a short battle with an illness.  She was born July 13, 1926 in Shelton Washington to Gerald and Esther Deffinbaugh.  The family later moved to Dayton, Montana, then to the North Crow area of Ronan when she was in the 5th grade.

Phyllis graduated early from Ronan High School and became a part of the war effort, testing landing gear for airplanes in Long Beach while she waited to turn 18 and attend Cadet Nurse Corps Program at Sacred Heart School of Nursing in Spokane, Washington.  She worked as a “special” nurse, caring for friends and family in various hospitals.  She later worked as a surgical nurse closely with LaVerne McGreevey, Dr.s JM Brooke and S.T. McDonald for many years at St Luke Community Hospital in Ronan.

Phyllis was married to Bill Hocker on August 3, 1950 in Missoula, Montana and had 7 children during their marriage.  Susan, Marilyn, Marjorie, Evelyn, Bill, Amy, and Jon.  She managed to balance farm work, nursing, and feeding as many as 12 people lunch every day during certain times of the year.

Phyllis was active in the community as a member of the North Crow Creek Women’s Club, PEO, Home Demonstration and the Democratic Central Committee, signing up people to vote.  She enjoyed luncheons with various groups of friends, card parties, huckleberry picking trips, family trips to the cabin, and skiing at Big Mountain in Whitefish.  She and Bill travelled extensively to Egypt, Australia, New Zealand, and Amsterdam, Netherlands.  She also traveled to Russia with her friend Marguerite Schenck, to Hawaii with her granddaughter, Tammy when Susan was stationed at Tripler Army Medical Center, and to Italy with Vivian Aylesworth when Susan was stationed at Caserma Ederle (45th Field Hospital) in Vicenza, Italy.

Services will be held Monday November 22, 2021 at 10:00am at the St. Ignatius Mission Parish with Father Hightower officiating.  A burial will follow at the Mountain View Cemetery in Ronan and a reception will be held at Sacred Heart Parish Hall.

To order memorial trees or send flowers to the family in memory of Phyllis Hocker, please visit our flower store.