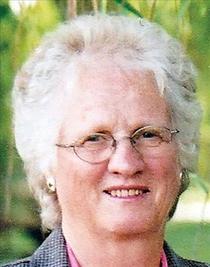 Charlotte Lanphere Priddy passed away Jan. 28, 2019. She was born May 18, 1938, to Inez Kathman Lanphere and Harry Lanphere of Jordan, Montana. When she was one years old her father passed away due to complications from scarlet fever.

She grew up in a step-family on a ranch in the Valley Creek area where she rode her horse to attend school in a oneroom schoolhouse. Over her four years of high school, Charlotte attended Arlee High School, Frenchtown High School and graduated from Ronan High School.

In 1956, she married Ed Priddy and they had three children, Jeff, Charlene and Sheila. They made their home on a ranch in Dixon. They made moves to North Dakota and Rapilje, Montana, but her heart was always in the Mission Valley.

On the back of a horse is where she loved to be. In her early years, she exercised race horses and she was always up for a matched horse race. With her longtime friend and sister-in-law, Carrie Priddy, she traveled to many states and into Canada while competing in the Girls’ Northwest Rodeo Association. She was a member of Oral Zumwalt’s drill team that performed at many local rodeos. Charlotte also enjoyed the outdoors and her trips into the Bob Marshall. Fishing the small creeks for trout was one of the highlights.

As many will attest to, she was the most competitive person at any event. She bowled league for many years with great success and was always the biggest supporter of her children and grandchildren. She could often be found cheering on her grandchildren at their various activities.

Charlotte worked many jobs through the years in addition to her daily ranch work. She drove school bus for Coulter Automotive as well as spud truck for several different farms in the valley. One of the hardest working women you would ever meet, she also made time to be a school board trustee and was the first woman to sit on the board of the Montana Hereford Association.

She was preceded in death by her father, Harry Lanphere; her mother, Inez King; and her half-brothers, Ray Thomas and Dale Thomas.

Charlotte was blessed with so many wonderful and devoted friends. Her family appreciates all the love and support given at this time.

In lieu of flowers, please make a donation to the Mission Valley Animal Shelter in mom’s name.

To send flowers to the family in memory of Charlotte Priddy, please visit our flower store.