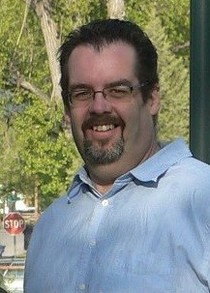 Daniel J. Stromme, age 59, passed away on September 16, 2019 in Missoula, MT. It was time to accept his Savior’s call to rest in anticipation of a new and healthy body. His long and extensive battle with neurological and diabetic conditions was over. Cause of death has been listed as ALS, Lou Gehrig’s disease.

A creative life enjoyed by his love of music, sports, painting, learning, nature, friends, family and his Creator God, allowed him to experience many unique and varied adventures. On August 30, 1960, Dan was the second of two sons born in Ronan, MT to June (Andersen) and Wayne Stromme. She was brother David and Dan’s first teacher there, now Glacier View School. Wayne was an accountant. The family enjoyed providing temporary foster care to four Allery sisters, Peppy, Marie, Tanya, and Cody. Still remembered as family, they added to Dan’s special memories of life in his favorite Mission Mountains.

Dan’s life experience was enhanced and challenged by several moves his family made, including time in Bristol Bay, Alaska where they fished commercially. By his early teen years, they had settled in Portland, OR. There Dan attended Portland Adventist Academy (PAA) where many lifelong friendships were formed. His long-lasting adventures and times spent with Chris Butler were especially meaningful. Lyf Halvorson, Brad Parmenter, Dave Wilson, Tim Dempsey, Greg Largent, and Gary Parks were only some of the many friends who enjoyed long distance friendships through the years.

After graduation, and blessed with a creative, artistic, and curious mind, Dan began his lifelong career in Radio Broadcasting as a DJ for K-Love in Portland, OR. He enjoyed being both in front and behind the “mic”. Later in life, he used his talents in TX, ID, WI as well as OR and MT. In time, his education and credentials as an IT Engineer for Scott Studios, enabled him to travel all over the US installing touch screen broadcasting systems.

Mission Valley friends & family enjoyed hearing him on KERR radio 750 AM, while he worked with Anderson Broadcasting, a job he particularly enjoyed while being back in his native MT home country. At different times in his travel adventures, he worked for Simmons Media even producing the early morning news on THE TRAIL 103.3 FM while on remote locations. His most recent employer was Cherry Creek Broadcasting in Missoula where he enjoyed using some of his graphic art talents for commercials and advertising. Many Montana television viewers were exposed and amused by Dans artistic contributions. He loved to entertain with unexpected bolts of humor.

Concurrent with these activities, Dan was able to enjoy and share his artistic gifts and talents learned from early childhood. He had been taught and then developed an appreciation for nature and cultural differences, much of which he shared with his paintings. His skills blossomed into a variety of art forms and subjects, most recently focused on his love of sports. While he painted other teams in various sports activities, his love for the Green Bay Packers was loyal and consistent! A visit to Dan’s home was like a trip to a Packer memorabilia shop! His painted jerseys, jackets, helmets and canvases often look more like photographs. Many sports highlights and individual celebrities appreciated their likenesses, and then often used them for their foundational fund-raising causes.

He was briefly married and they lived in Boise, ID with her four children who were special to Dan in his role as their stepfather. After divorce, his travels took him to Wisconsin, closer to his beloved Green Bay Packers.

While there, great sharing times were enjoyed with friends Jim and Laurie Fish and Rick Heinz who assisted in marketing Dan’s sports related art. Visits to the Chicago area provided contacts for interacting with many sports celebrities and sports-related art collectors, as well as, attending Packers, Vikings, Bears and Cubs and other sport’s events. He had truly found his “happy place” as an avid sport’s fan!

A friendship with Michael and Kiomi Burks developed through the years and Dan’s exuberant sports announcer voice was heard at many of the Missoula Mauler Hockey games. Also lending his voice for tournaments for the Osprey baseball was fun for him as his busy schedule allowed. Always loving to learn and pursue education, he attended university classes both in Wisconsin at Madison and U of M in Missoula. Some of these were online and he enjoyed taking opportunity to travel overseas for courses in Spain. All the while working full time and simultaneously pursuing his passion for painting, he was able to obtain his BA diploma with great help from professors appreciating his innate gift of artistic expression! Rapidly deteriorating health concerns affected the race to completion for years before finally being accomplished. Special friends Shelly Gaertner and Cheryl Minnick helped push the process over the finish line for his diploma issued with honors. Plans were in place for formal acceptance in the December 14, 2019 U of MT graduation ceremony. Another milestone had been achieved once again, with the help of former co-workers and friends who deeply cared about him.

When health and time permitted, he truly enjoyed sharing ideas and understandings he had gleaned from hours of listening to audio books and learning about many varied topics. These calmed and enabled his focus as he entered the zone of his painting passion. Many of his recent accomplishments were assured by faithful friends willing to lend support when health challenges occurred. Family gratitude is extended to Ken and Kelly Slater, Tom Breza, Denise and Todd Huey, R.J. Heinz, Eric Wolferman and Michael and Kiomi Burks. Many more people could probably be named who are unknown to family not living in the area. Prior to recent hospital and care center stays, assistance from local EMS emergency services were invaluable help as well.

The love of his rescue dog companion and “kid” Pippen gave him reason to push through when the going was tough. He had replaced Daisy, a companion of many years and his first small dog. Both filled a special spot in his heart. Neighbor Koleena Shear has also been a faithful dog walker who made Dan’s life so much easier as well.

Dan is preceded in death by grandparents from both Darby and Ronan, his parents and a nephew Chancy, and Daisy. He is survived by brother David (Tina) in Frenchtown, MT, niece Misty in Portland, OR, Pippen, his precious pet, extended family, and unnumbered friends.

Memorial services will be held Friday, October 25, 2019 in Missoula at Garden City Mortuary at 1:00 PM. A private interment will take place at a later date in Ronan at Mountain View Cemetery.

In lieu of flowers, suggested memorials are requested to Glacier View Elementary School in Ronan, MT or the Humane Society.

To send flowers to the family in memory of Daniel Stromme, please visit our flower store.