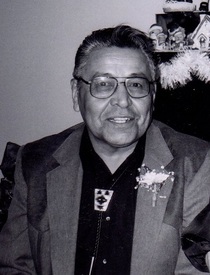 David attended St. Ignatius Ursuline Academy until 6 th grade. Then he attended school in St. Pierre, SD and graduated from Flandreau Indian School. While attending Denver Automotive School, he met his wife, Larelda Juhl. David served in the US Navy in 1972 – 1974 at the North Island Naval Air Station in California where he served as a jet mechanic.

David and Larelda were married July 7, 1974 in Lincoln, NE. They had two children, Christina and David E. He also has a daughter, Jackie, from an earlier relationship.

After his discharge from the Navy, David moved to Ronan where he worked at Kicking Horse Job Corp. Later, he worked for Big Sky Sheet Metal masking heating and air conditioning fittings. He then moved to Tri-Cities, WA to install heating and air conditioning until 1980 where he returned to Ronan and worked at Mission Valley Power until his retirement in 2014.

David loved his children and supported them in all of their endeavors.  He loved all small children and always kept candy in his pockets. David enjoyed doing traditional crafts and anything outdoors, especially hunting with his son and nephews, John and Cody. David and his son loved to work on cars and had repaired and restored several classic cars. He loved attending powwows and was proud of his Native American heritage. David was a member of the Ronan Seventh-day Adventist Church for 38 years where lead the youth programs.

In addition to his parents, David is predeceased by sisters, Frances Gingras, Martha Gingras, and Teddi Charette; brothers, Joseph, Francis and Bill Gingras; and a special nephew, Duane “Mike” Plouffe.

To send flowers to the family in memory of David Gingras, please visit our flower store.