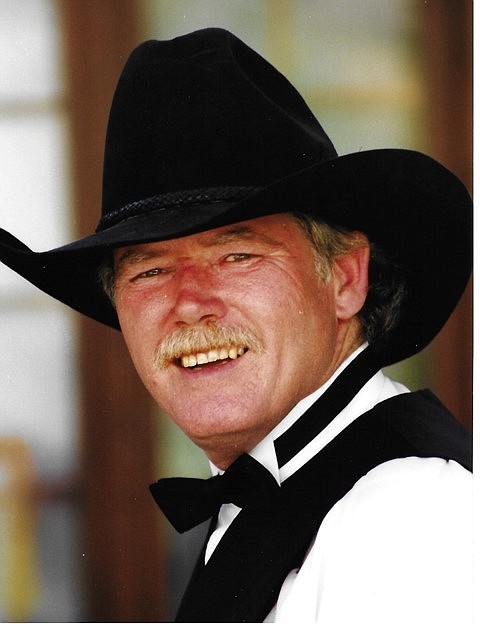 At his home with his family by his side, Dave Samuelson died peacefully Oct. 3. He had struggled with prostate cancer for 10 years; it finally won.

Dave’s adventurous life began July 28, 1945, on a small farm in northwest Iowa, the oldest son of Harlan and Jean Samuelson. Fishing, exploring and getting into mischief made many fine childhood memories.

After graduating from Sibley High School, he met Trudy Faust in Storm Lake. They were married in August of 1965 and celebrated their 55th wedding anniversary this summer. Dave’s artistic talent led the young couple to the Kansas City Art Institute in Missouri. He studied sculpture and industrial design and graduated in 1971, the year their daughter Liberty was born.

From a young age Dave knew he would eventually call Montana home. In 1974 he enrolled at the University of Montana, working toward his master’s degree in art. Shortly thereafter, he started a masonry business with two partners that would last 10 years. Many of their projects, in the form of fireplaces and buildings, remain in the Missoula area today.

Hunting, fishing, and time in the hills occupied an ever-increasing part of his life. Inspired by these adventures, he found himself drawn to art again and his wildlife art career began. In 1993 he and Trudy permanently moved to the Mission Valley, where they built his art studio and a small log cabin at the base of the Mission Mountains.

Dave’s art brought joy and beauty to many, often telling a story and celebrating life in Montana. Notable honors include being named the Rocky Mountain Elk Foundation’s artist of the year, and quarter many times over, and having his elk paintings featured as the fifth, 10th, 15th and 20th anniversary edition prints. He was named the National Congressional Sportsman Foundation’s artist of the year in 2001. His painting, A Tree Grows in Yellowstone, was purchased for the National Park Service’s permanent collection, the same painting that earned him a spot in the Top 100 for the Art for the Parks competition. In 1989, the Northern Region U.S. Forest Service presented him with the Partnership award, and in 1988 his painting was chosen as the Montana Duck Stamp. Commissions and collaborations with organizations that sought to ensure a future for wildlife and wildlands were always near and dear to his heart. He was a featured artist at the Carousel for Missoula auction, the Gallery Association for Greater Art, and the UM Cowboy Ball. He also created the Griz/Bobcat trophy, the Great Divide, depicting a grizzly and bobcat clawing for a football over the continental divide, which continues to travel between the two rival schools.

In the last years of his life, many of his fondest times were spent at Timberlane with friends and family — fishing, playing crib, talking over campfires and enjoying summer days on Flathead Lake.

Happy Trails, Dave. You left an empty space in our hearts but our cherished memories of you will always live on.

To send flowers to the family in memory of David Samuelson, please visit our flower store.