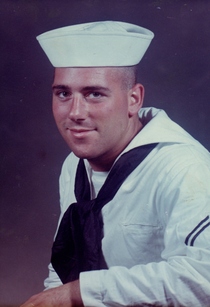 Denny Earl Ingraham, 72, of Polson, passed away on Tuesday July 5, 2016 at his home on Flathead Lake.  He was born on December 5, 1943 in Polson to Alton and Grace (Simonis) Ingraham.  He lived most of his younger years in Pablo and Ronan Montana, and graduated from Missoula County High School in 1961.  Following High School, Denny worked a number of part time jobs including gandy dancer, log hooker, green chain, and pin setter while attending the University of Missoula.

In 1963 Denny enlisted in the Navy where he traveled the globe and retired after a distinguished 20 year career including a tour in Vietnam.  His sea duty included rotations on the USS Coontz, USS Stollard, USS Denver, USS Grand Rapids, USS Chicago, and the USS O’Callahan.

Following his Navy career he worked in construction and selling siding door to door for a couple of years before starting his second career in 1986 as a Health Physics Technician/Analyst/Engineer for Westinghouse Hanford Company which he retired from in 1999.  After retiring, Denny moved back to Polson MT and took residence of his parents’ home located on the shore of Flathead Lake.

Denny enjoyed hunting, fishing, and was an active member of Vietnam Veterans of America, the VFW, and the American legion.  He was a friend to anyone he met and could remember your name even if he hadn’t seen you in decades.  His generosity, love, and fantastic stories of his past will be greatly missed.

Denny was preceded in death by his father Alton, brothers Gale and Bill, sister Phyllis, and son Denny Bill.

In lieu of flowers you may donate to the Salvation Army in Dennis's name.

Arrangements are under the care of Shrider-Thompson Funeral Home and Crematory.

To send flowers to the family in memory of Dennis Ingraham, please visit our flower store.