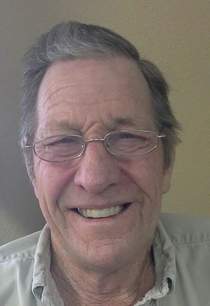 Eugene Harold Gunlock, 78, quietly passed away at his home near Polson on October 19, 2016 after a courageous battle with esophageal cancer.

A graduate of Mission High School, St. Ignatius, he lived in Helena, MT for over 30 years before returning to the Mission Valley in 2003.   He was a retired self - employed excavator.

A humble man with a million dollar smile, fantastic sense of humor and positive attitude, he had a deep love for family and friends.

He was preceded in death by his beloved first wife of 39 years, Betty Amdor Gunlock, son Scott Gunlock, his parents Harold and Lillie Gunlock, and other family members.

A memorial service to honor Gene’s life will take place at the Polson Church of Jesus Christ of Latter Day Saints on Saturday, October 29 th at noon.  A potluck lunch will follow in the church social hall.

To send flowers to the family in memory of Eugene Gunlock, please visit our flower store.