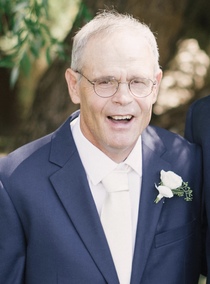 Frank was born Feb. 18 th , 1957 to Francis and Mildred Rollins in St. Ignatius, MT. He was raised and attended school in St. Ignatius. After high school, Frank attended the University of Montana in Missoula where he lettered in wrestling and met his wife-to-be, Kay Blumer. On June 21 st , 1980, Frank married Kay in Hayden Lake, ID. Frank took up his father-in-laws profession of a journeyman plumber. In 1993 Frank and Kay moved back to St. Ignatius with their daughter, Kelsey, and son, Brandon, to run Frank’s grandma’s farm where they called home. Frank continued as a plumber and running the farm. In 2003 Frank was diagnosed with Parkinson’s and was no longer able to work, however that didn’t keep him at home - he was often seen at local high school functions participating in cake raffles and supporting the athletes. Frank loved the outdoors, hunting, shooting, socializing, playing cribbage and anything huckleberry.

Memorial Services will be held on Saturday, Aug. 25th, at 2pm at the St. Ignatius Elementary School. In lieu of flowers, donations may be made to Pinehaven Christian Children’s Ranch in St. Ignatius.

To send flowers to the family in memory of Francis "Frank" Rollins, please visit our flower store.