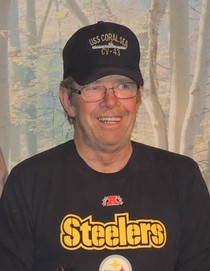 Kevin Randal Templer Sr. was born January 17 th 1955 to Edward and Delores Templer in Billings Montana.  He returned to his Heavenly Father on January 15 th 2020 at the age of 64. He was the 4 th child of nine. Ron, Coleen, Richard, Kevin, Brian, Lee, MaryJane, Cindy and Robert.  He is survived by all of his siblings, his Wife Arlene Fuqua Templer, Two Sons, Kevin Randal Templer Jr. and William Edward Templer, along with two daughter-in-law’s, Victoria and Melissa.  He was blessed with 7 grandchildren:  Zjani, Jason, Fortino, Sarah, Golden, Gracie, and Mason and two great-grandchildren: Lilith and Raphael.  He was also called Grandpa by Shakira and G.j. Burrafato, and was Godfather to Renee Pierre.  Kevin is preceded in death by his mother Delores and father Edward.

Kevin graduated from Polson High School in 1973. He joined the Navy right out of high school and was part of the evacuation of Saigon.   After the military he returned home where he fell in love with Arlene Fuqua in 1975 and 3 years later on July 29 th 1978 they were married.  They moved to Missoula while Kevin attended a Vocational school for Diesel mechanics, and then moved to Casper Wy, with their 4 month old son Kevin Jr.  Two years into their time there, it was necessary to return home to help his father-in-law, William (Arkie) who had been diagnosed with cancer.  Living in the North Crow, at the Templer Cabin, they welcomed their second son William (Billy) and stayed there until a house fire on Dec 28 th and had to leave.  After a few years living in Missoula while Arlene was going to school they were able to purchase their first home here in Ronan. Living there for 10 years, it was now time to expand and buy the log home on Hummingbird Lane. This would be his home from 1992 until 2017 when he then moved into the house Billy built on the same 40 acres.

Kevin worked for the City of Ronan from 1982 till his retirement as the public works director in 2012. He also served on the Ronan Fire Dept for over 20 years becoming Captain and even turning down the role as Chief on a few occasions. As if he wasn’t busy enough with a full-time job, volunteering for the fire dept, raising not only his 2 sons, along with several other children who wandered onto his baseball field. He also worked on the Pioneer day’s committee for over 25 years. After retirement he dove into his love of gardening, where he generously gave the fruits of his labors to all of his friends and family. He loved to be in the dirt, and was blessed with a green thumb that could grow anything.

Sports were his passion, maybe even obsession.  He coached baseball for over 15 years. Played softball for many years and was the key figure in facilitating the building of not only the baseball fields in town but also the softball fields by the lagoon. He was a faithful fan of the Pittsburg Steelers, Notre Dame, Pittsburg Pirates, and the Pittsburg Penguins.  Even though he was a devout Catholic, Sundays were devoted to football.

Kevin was loved by all who knew him. He worked hard all of his life, even into retirement.  He was kind, loving, patient, generous, and always cracked jokes right up to the last day.  Our family and this community lost one of the great ones.  He will be extremely missed.

To send flowers to the family in memory of Kevin Templer Sr., please visit our flower store.