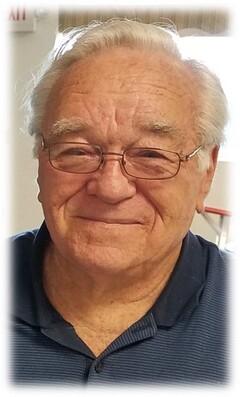 It is with great sadness that the family of Larry Duane Toews announces his passing, on Saturday, October 17, 2020, at the age of 81 years. Larry was born to Dan and Evelyn Toews on October 8, 1939, in Shafter, California where he remained until joining the United States Army in the 1950’s. After being honorably discharged from the Army, Larry    returned home to Shafter where he married Minnie and began his civilian career as a school bus driver for the City of Shafter. After Minnie’s passing Larry remarried Betty and retired with her to Montana. He enjoyed everything Montana had to offer. He loved riding motorcycles, flying airplanes, hunting, fishing, camping, and taking long drives allowing him to enjoy the views only found in “Big Sky” country. Larry is preceded in death by his parents Dan and Evelyn, brother Roland Toews, wife Minnie, and Elizabeth “Betty” Toews. Larry will be lovingly remembered by his brother Lyle (JoAnn), granddaughter Brenda (Frank), great-grandchildren Jarrett, Jesse, Tayler Ann, Ray, Jase, numerous nieces, and loving friend Jan Schmitz. A Funeral Service in memory of Larry will be held on Saturday, November 7, 2020, at the Ronan Seventh-Day Adventist Church located at 36334 Mud Creek Lane, Ronan MT. An open viewing will be from 2:00 - 2:45 pm with the service starting at 3:00 pm. In accordance with Larry’s wishes he will be flown to Shafter, CA and interned there for his final resting place.

To send flowers to the family in memory of Larry Toews, please visit our flower store.