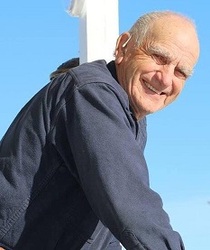 Neal Kurtz Coulter passed away from natural causes March 3, 2018. He was the 8 th child born August 27, 1921 to Archie Aaron and Ollie Fay Kurtz Coulter in Maybutt, Alberta, Canada. He was the last surviving sibling from a family of eleven. He’s preceded in death by his parents, Archie and Fay, siblings Keith & Kenneth (twins, 1909), Velma, Ralph, Ollie, Dorothy, Archie, Neal, Marjorie, and William (1928), Bill (1932) and his wife Margaret.

The family moved to the Charlo farm in 1926, via the family potato truck. Neal attended and graduated from the Charlo schools. He met his future wife Margaret Eileen Boice at the dance at the North Crow Club House in 1938.  They were married in June 1943. In his early years he was a golden gloves boxer. After he retired his gloves, he was on several bowling leagues, had a less than stellar start with water skiing (he forgot to let go of the rope when he fell), loved to swim, hunt and fish.  His most notable activity was being on several Lake County championship horseshoe teams. Many consider him an icon.

Neal worked for the Creamery in Ronan for several years before buying the ranch south of Charlo. He also worked at the Seed House (Western Seed) in Charlo and the ranch.

Neal always had a warm smile.  He and Margaret worked hard throughout their lives but found time to dance most Saturday nights and had card parties.  Card parties meant treats for the kids, so all enjoyed. Of course you don’t live to be 96 1/2 without a sense of humor.  One stand-out memory was him coming in and giving Mom a kiss while she was cooking.  Well, these were very shocking kisses; you see, there was an electrical short in the stove so if Dad was standing on the heating register close to the stove, Mom got the “shock of her life” several times.

A rosary will be said Friday evening at 7:00 at the Charlo Catholic Church.  The funeral will be Saturday, March 10 th at 2:00 at St. Ignatius Mission Church. Following the Mass, there will be a catered reception at Leon Club House.

In lieu of flowers, please send donations to the Charlo Community Outdoor Complex PO Box 155, Charlo, MT 59824. Dad was an avid supporter of sports in Charlo whether he had kids, grand-kids or great-grand kids playing.

To send flowers to the family in memory of Neal Coulter, please visit our flower store.