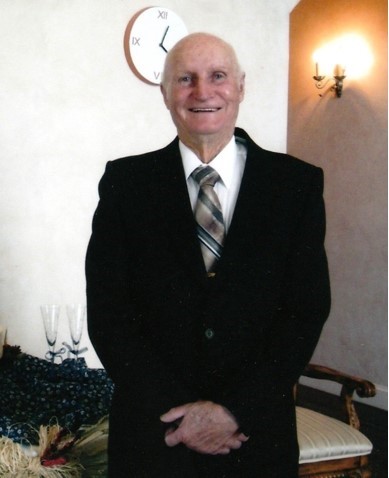 Ralph Thomas Salomon, age 91, passed away May 22, 2021. Ralph was born September 22, 1929 in Polson, MT to Thomas and Gertrude (Bocksnick) Salomon. He became a child of God through Holy Baptism April 24, 1951 and renewed that covenant through Rite of Confirmation April 29, 1951 at St. Paul Lutheran Church in Pablo, MT.

Ralph attended Ronan High School and graduated in 1948. He then partnered with Reynold Unger on a farm in Kalispel, MT. Duty called and Ralph served honorably in the Army from Aug. 1954 until May of 1956 in Puerto Rico.

After Ralph was discharged, he and Charles Bick were dairy partners in Charlo, MT. Later he and his wife, Helen, moved his young family to a dairy farm purchased near Pablo, MT. Today his son Dan still raises hay on that property.

He was preceded in death by his parents Tom and Gertie; brother Ted; and 2 wives Jeannie and Bobby.

A funeral service will be held on Thursday, May 27, 2021 at 1:30 pm at St. Paul Lutheran Church. Burial with full military honors will take place at Ronan Cemetery.

Friends and family are invited to enjoy coffee, cookies, and conversation after returning from the cemetery.

Memorials may be directed to the Ronan Booster Club.

To send flowers to the family in memory of Ralph Salomon, please visit our flower store.