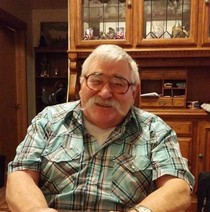 Robert Racine Brown "Bob" passed peacefully of natural causes on Monday February 25, 2019, in Ronan Montana. He was born 80 years ago in St. Ignatius Montana to Thomas and Dorothy Brown, and was the fourth of eight children. He loved his parents and his siblings Donald, Sr., Thomas Jr., Phillip, Gerald, Edward, Lyle (Chey), and Nancy.

The Browns would move between the Mission Valley and South Dakota as the opportunities arose.  The Brown boys were expected to help out with the Bauman cattle in South Dakota and at the Howlett Ranch at Crow Creek.  Bob mostly grew up in Ronan and graduated from Ronan High School in 1957. Participated in the band as a drummer, lettered in football, and worked at the Ronan Pioneer. He spoke highly of his first employer Ray Loman whom he respected and learned so much from. He continued to work at the newspaper until joining the Navy in 1960. While serving his country he trained as an apprentice electrician, and was stationed in Pensacola Florida and the US Naval Base in Yokosuka, Japan. He often shared great stories of his adventures and the people he met.

After returning to Montana, he met Lois Ann Newby at the Diamond Horse Shoe in Polson on Valentine's Day in 1966. They were married in May of that year, and were blessed with their daughter Yolanda Racine in June 1967. They lived in Mountain View California, and in various places in Montana including Billings, Missoula, Arlee, Bonner, and Blue Bay. Bob attended electronics school in California and the University of Montana. Bob was a member of the International Brotherhood of Electrical Workers.  He proudly worked as an electrician for Champion International at the plywood plant in Bonner for 15 years, before making his way back to the Mission Valley where he worked for Mission Valley Power. He also worked as an electrician in Georgia, Wisconsin, and Nevada.

Bob was an avid outdoorsman and spent many days, nights and hours in the Mission Mountains, or hunting with his brothers - Don, Tom, Ed and other buddies.  He led many family adventures to Terrace Lake where many memories and stories were made and are still being told.  Bob thoroughly enjoyed cherry season and a treat was brandy soaked cherries which he greeted with "nummy nums!"  Bob was knowledgeable of foraging in the woods and knew how to find various berries, asparagus, wild onions, pine tree tips, and mushrooms.  Bob loved going to get firewood, Christmas trees and picking huckleberries. He cherished music and never missed an opportunity to cut-a-rug; he was quite a dancer.

Bob met his last best friend - Donna Wittlake - over 20 years ago.  They loved to travel all over the West, but especially Arizona, Nevada and California. They were snow birds in Parker and Lake Havasu City, Arizona.  They eventually settled back in Ronan where they both enjoyed being near family, and friends, and the machines at Kwataqnuk.

To send flowers to the family in memory of Robert Brown, please visit our flower store.