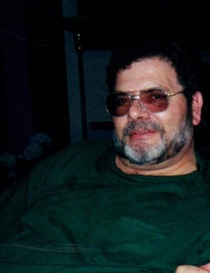 Robert (Bob) William Davis left peacefully for his next destination on September 4, 2017

Bob was born and raised in Sandpoint, Idaho, graduating high school there in 1970. He

met and married Leslie. Together, they had a beautiful daughter, Mindi, who he adored. While

He met his soulmate, Cathy Mitchell, in 1982 and she stood by his side to the last.

During his lifetime, Bob was always proud that he was a jack-of-all-trades but a master

of none. He worked at jobs as varied as a landscaper, a logger, and a salesman.He even

considered a career in human services, attending Salish Kootenai College in preparation for it.

He is preceded in death by his parents, Ray and Mary Davis.

His survivors include his daughter Mindi Davis, and his wife Catherine Mitchell, along

with her children and grandchildren.

Memorial service is anticipated in the spring.

To send flowers to the family in memory of Robert Davis, please visit our flower store.