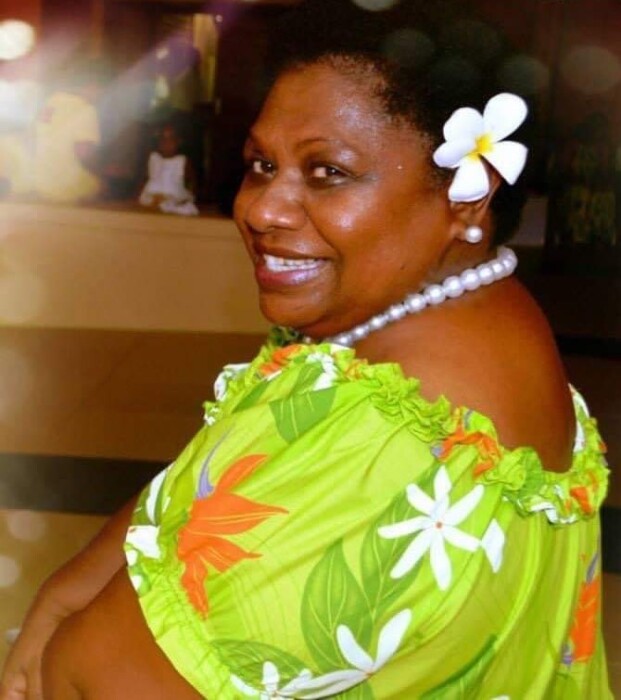 Sera was born on April 10, 1963 in Nadi, Fiji to her parents Ratu Emosi Levula and Sataita Galu.  She is the second youngest of eight siblings.  She attended Ratu Navula Secondary School and then went on to work for six years at Region Hotel of Fiji in Denerau.  After feeling the calling of the Lord spoken to her through the word in Genesis 12:1 “Now the Lord had said unto Abram, get thee out of thy country, and from thy kindred, and from their father’s house, unto a land that I will shew thee.”  Sera did just that.  She left her job in 1989 to pursue missions, attending a Discipleship Training School with Youth with a Mission (YWAM) in Maui, Hawaii.  Sera spent two years with YWAM Maui training teams and staffing schools. In 1992 she returned back to Fiji to staff a DTS in Nadi.  After staffing the DTS, she met her now husband on the prayer mountain.  In the end of 1992 she went to Osaka, Japan to serve in AOG Church, the prayer mountain and with children's ministries.  Sera married her husband, Sisa Vuni Vukialau in Japan on February 20, 1994.  They continued to serve in Japan alongside one another.  In 1995 Sera went back to Fiji to give birth to her eldest child, Ruth Grace Vukialau. They then went to Maui to serve as a family.  By 1996 she gave birth to her second child, Tevita Seth Vukialau and then in 1998 to her youngest, Robert Cairo Vukialau.  In 2008, as a family, they began serving with YWAM Fiji. In 2020 they both heard from the Lord that He was opening a new door for them in Montana on the Flathead Reservation.

Sera Rokocavui Vukialau was a wonderful woman of God, never ceasing in her faith or love for her Heavenly Father.  She would remind her husband, children, nieces and nephews every day of the importance of spending time with the Lord and reading his word.  Sera would tell her family, “Don’t look at the bigness of your needs.  Look to the bigness of your God.”  She lived this out each day putting her trust fully in the Lord.  She would wake up early every morning to pray and spend time with God.  Walking out her favorite Bible Verse James 5:16, “The prayers of the righteous prevaileth much.”  Throughout the day Sera would praise God for his goodness and faithfulness every chance she got, singing and dancing to the glory of God.  Her smile and laughter shined everywhere she went, proclaiming her joy and excitement for the Lord.  Her hospitality was beyond comparison.  Sera loved to bless others with her island expression.

“Some trust in chariots, and some in horses: but we will remember the name of the Lord our God.”  Psalm 20:7 KJV

To send flowers to the family in memory of Sera Vukialau, please visit our flower store.