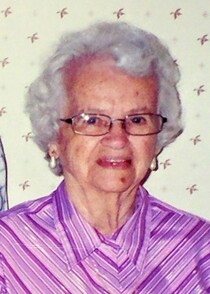 Vernie Loretta Porch, age 90, passed away on June 13, 2020. Vernie was living with her daughter, Loretta Brooks at the time of her passing. Vernie was born on Sept. 21, 1929 at Forsyth, MT the second daughter of Ed and Caroline Martin.

Following the fourth grade at Forsyth, Vernie’s family moved to Florence, MT where her father started a dairy. As she grew older, along with school, she was called upon to work on the family’s farm. Her strong work ethics and responsibility carried through a long life of challenges. On April 12, 1947 Vernie married Wallace Porch who was her school sweetheart. After marriage Vernie and Wallace made their home in the Bitterroot Valley. They both worked to provide for a growing family that would include one son and three daughters. They moved from the Bitterroot to Polson, MT where they continued to ranch. Both worked at various jobs to provide added income. In 1969, Wally bought land in northern Minnesota. Wally, Vernie and the family all elected to move there as well.

Vernie’s life in Minnesota was a continued adventure. Start-up farms, new friends and all the other activity that surrounds an expanding family of grandchildren. Farming setbacks set the return of Wally and Vernie to Montana. They lived both times in the Ronan area. They did well in Ronan, but the children, grandchildren and eventual great-grandchildren they had left in Minnesota, called them back to Oklee, Minnesota for the last time. Wally stayed active in his hobbies of “rebuild and fix it” while Vernie became active in the Lutheran Church in Oklee. She was always helping at the Senior Citizens, church groups and other civic functions. Vernie and Wally were as content in Oklee as any couples married 69 years could be.  Wally and Vernie eventually moved to Williams, MN to live with their son Roger. Roger with wife Barbara remodeled a portion of their home to provide for them. They lived there until Wally’s passing in 2016. Shortly after, Vernie relocated to Ronan, MT to be with her oldest daughter Loretta. She enjoyed being on a ranch again and quickly became the “lookout”. Her room provided a panoramic view of most activities. Vernie returned to God, by the gift of the Son from her observation post on the ranch.

She is survived by her brother John (Minnie) Martin and sister in law Pat Kidder; all of her children, Roger and Barb Porch, Loretta and Joseph Brooks, Linda and Lyle Nelson and Debbie and Bill Carr; numerous grandchildren and great-grandchildren in both Montana and Minnesota.

Memorial services for Vernie and and Wally will be held at the Oklee (MN) Lutheran Church and another at the Sunnyside Cemetery in Stevensville, MT at later dates.

To send flowers to the family in memory of Vernie Porch, please visit our flower store.